The Tales of Hoffmann with ETO

From a young age I was dra 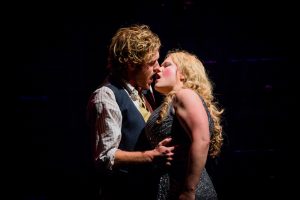 wn to the mysterious world of investigation and criminology, my uncle being a forensic scientist in St. Petersburg. And I w 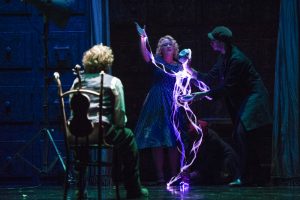 as dreaming of working in homicide. My childhood and early teens were spent in front of a piano and in his forensic lab. Music and singing took over as I soon realised that the real mysteries lie in the human heart and that the voice is the best instrument to express the truth of the human soul.

Olympia- a rebellious teenager, rude, who smokes and swears, pushing the boundaries, girlie and innocent. She is an invention, a robot in our production, a robot/puppet. She coughs in a deep voice. Yet she sings stratospherically high notes! My inspiration for Olympia is a combination of Lolita, Catherine Zeta-Jones and Frankenstein!

Antonia– has a re
al polar split in her personality, neurotic and slightly schizophrenic. Tortured by inner voices, locked up for months in her father’s house. She is a true artist who has a beautiful voice and talent to be a singer, like her mother, from whom she has inherited a mysterious illness. Antonia is like a butterfly attracted to the light and is burnt by it. She is impulsive and like a leaf in the wind, changes moods. This combination is destructive. An inspiration for her character is a combination of Shakespeare’s Ophelia and Juliet. 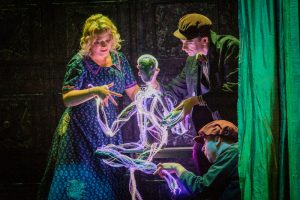 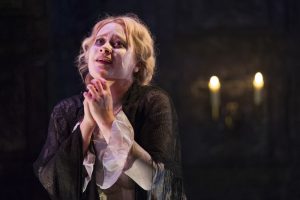 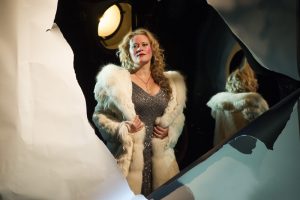 tian courtesan. She is an expert seducer and manipulates all men around her. She is controlling Hoffmann and is controlled by Dappertutto, the villain. She plays all the men against each other, steels their reflections and goes off with the nemesis.  An inspiration of her for me is Lara Croft and the devil. Stella- is Hoffmann’s woman, she has all three in her. She is a film star. Hoffmann sings ‘three women in one’. She is a real, complex woman.Inspiration is Marilyn Monroe and Greta Garbo.

I have sung innocent virgins and suffering teenagers, mature women and elegant prostitutes. But I have never yet acted and played all of them in one opera.In this production I am in charge of a puppet when I sing one of the most difficult coloratura arias in the soprano repertoire.

The challenges are in creating the characters as dif 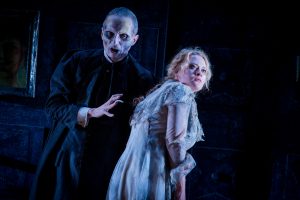 ferent and distinctive. Vocal challenges- how to pace myself through the entire Opera. For this I need to listen to my instincts and have faith in my voice and ability

Together with the director I am building a character from scratch.  How she walks, touches, looks, kisses, everything. Our director James Bonas is a true creative genius and I love working with him and his team. So a lot of DNA and fingerprints go into the forensic development of each character 🙂

Tales of Hoffmann is an opera full of fantasy, but the characters are very human and real. Every woman has different aspects in her. She can be a rebellious teenager and a tortured young woman in love, she can be flirtatious and
she can be mature and wise – not robbed of innocence but awakened to the complexity of life -it’s all in us. English Touring Opera is a great company, caring and supportive.    Its leader James Conway is a great man and its purpose is to reach the hearts of people.  Opera brings human stories and looks into our emotions under a
microscope. ETO
are reaching far and wide into diverse audiences, from children to people who never experienced an opera
before.